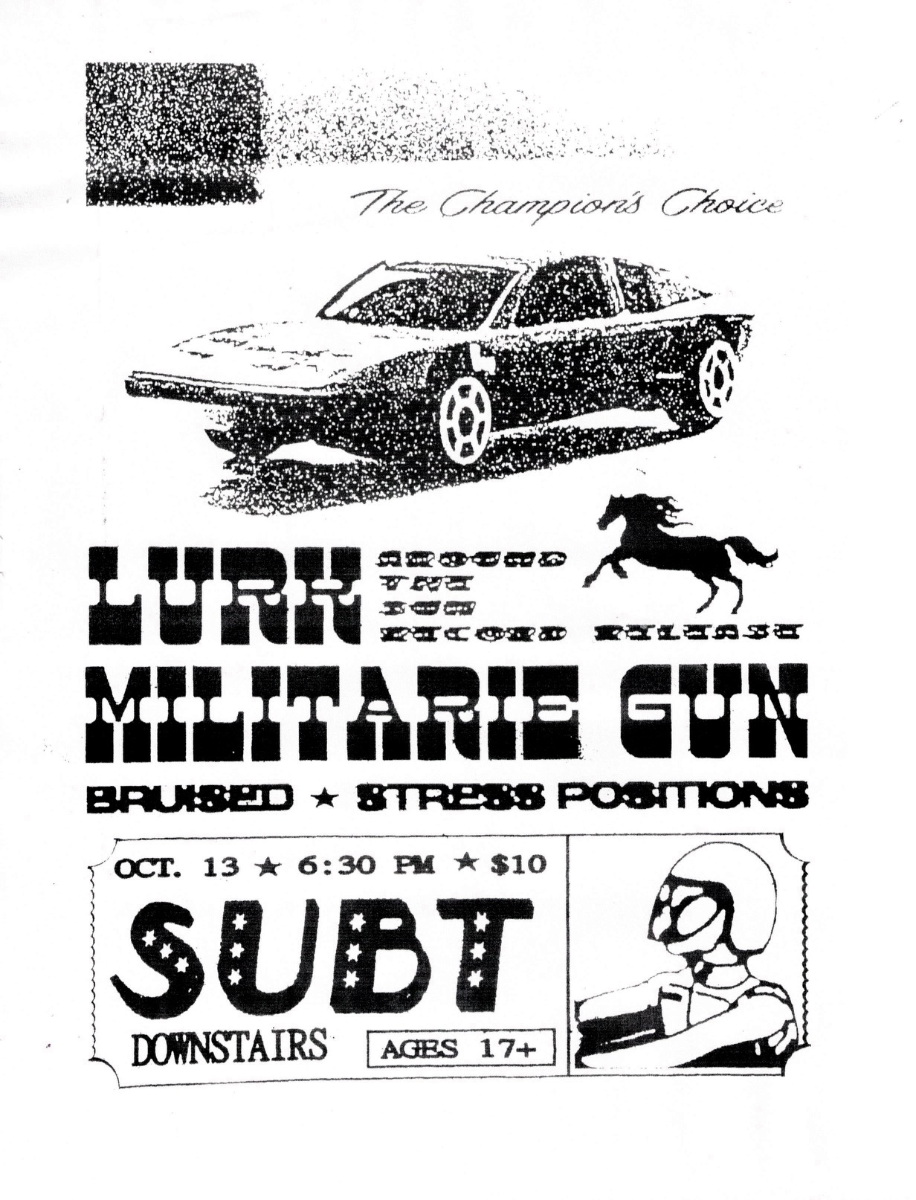 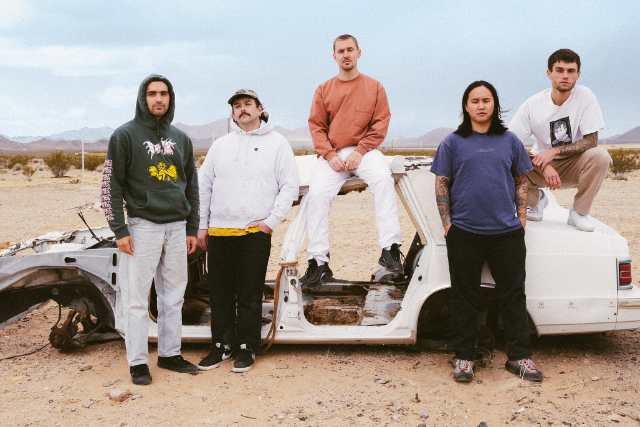 Over the past few years, Ian Shelton has made a name for himself as one of the most prolific and unique minds in aggressive music, and now as the mastermind behind Militarie Gun, he’s pushing himself further than ever before. The band’s new dual EPs, All Roads Lead To The Gun and All Roads Lead To The Gun II, shed all sonic constraints for a menacing-yet-melodic exploration of obsessive creativity that’s impossible to ignore.

Shelton first started turning heads as the leader of acclaimed hardcore band Regional Justice Center, quickly establishing a relentlessly productive musical identity that’s equal parts vitriol and empathy. But when RJC’s extensive tour plans were put on hold at the start of 2020, Shelton’s restlessness led to the unexpected start of Militarie Gun that same day. “I’ve always been the kind of person who’s very compelled to do things,” he explains. “Everything suddenly becomes urgent, and that’s how I feel about songwriting—it’s just something I have to do when the inspiration comes.” The band’s debut EP, My Life Is Over, loudly announced Militarie Gun’s arrival and made it clear that this was much more than a side project: this was a whole new aspect of Shelton’s songwriting, one with a drastically more melodic but still fiery approach.

Drawing on a wide range of influences—from the unhinged guitarwork of Born Against, to the propulsive, present bass of Fugazi, to the kinds of hooks that would make Robert Pollard proud—Militarie Gun’s sound is as combative as it is accessible. All Roads Lead To The Gun finds Shelton ambitiously broadening these dynamics. “After recording the first EP, I just felt like I could do whatever I wanted,” Shelton explains. “I felt like I could see the limitations lifting off. I love the tension between aggression, melody, and strangeness.”

With the creative doors flung wide open, Shelton threw himself into a period of intense output that not only yielded the music on the All Roads Lead To The Gun EPs, but also a personal interrogation of his bordering-compulsive drive to make things. “A day without a goal is impossible for me, I can’t have that happen,” Shelton says. “Sometimes it’s really hard to turn off and it can be a burden to start feeling spazzy if I’m not being productive. I have a hard time finding a balance, it’s either full throttle up or full throttle down.”

With the band’s lineup expanded to include guitarists Nick Cogan and William Acuña, drummer Vince Nguyen, and bassist Max Epstein, Militarie Gun entered The Pit Recording Studio in Van Nuys, California with producer/engineer Taylor Young (Nails, Twitching Tongues, God’s Hate), and set to work capturing the manic spirit of Shelton’s writing process. “I’m not a perfectionist,” he explains. “I tend to like first drafts, it just fits my personality. Everyone is imperfect, so if a song is too, that just reflects life more.” Militarie Gun steers directly into those flaws and contradictions, twisting them into a sound where sharp guitars and heavily distorted bass tangle with dulcet mellotron and massive hooks—courtesy of Shelton’s caustic-yet-tuneful vocals—all with no song crossing the three-minute threshold.

Throughout each EP’s four songs, Shelton takes a skeptical look at modern life, and Militarie Gun’s vicious hooks offer the perfect delivery system for his in-the-moment lyrics. “Ain’t No Flowers” and “Fell On My Head” have a sardonic chip-on-the-shoulder bite that’s countered by big, shout-along choruses, while elsewhere songs like “Background Kids,” “Big Disappointment,” and “Disposable Plastic Trash” highlight Shelton’s ability to look unflinchingly into faults and still find humanity. “I try really hard not to write people off,” he says. “A lot of art is about coming from somewhere bad and trying to create something good.” Shelton’s reverence to the limitless capacity of art and the impact it can have on your life is palpable, and Militarie Gun’s strength lies in the tightrope walk between being devoted and being consumed. But over top of the sunny instrumentation of “Stuck In A Spin,” Shelton doesn’t shy away from examining his own struggle to maintain equilibrium . “When I go down, I go to the bottom,” he says.

The de facto title track of both EPs frames Shelton’s relationship to songwriting as an unpredictable but unbreakable bond. “It’s about inevitability, just giving yourself over to something,” he explains. “It can be really hard to navigate life when you do that.” The song builds to an exhilarating conclusion as Militarie Gun drives harder and harder, like a hurtling train defying physics to stay on the tracks. “Sometimes you need to pull back, you need to adjust,” Shelton admits. “But I just can’t quit doing this, even when it’s frustrating. I don’t want to walk away from it, I just want to keep making things.” 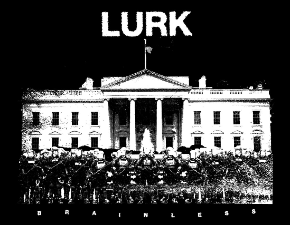 This error message is only visible to WordPress admins

Any cookies that may not be particularly necessary for the website to function and is used specifically to collect user personal data via analytics, ads, other embedded contents are termed as non-necessary cookies. It is mandatory to procure user consent prior to running these cookies on your website.